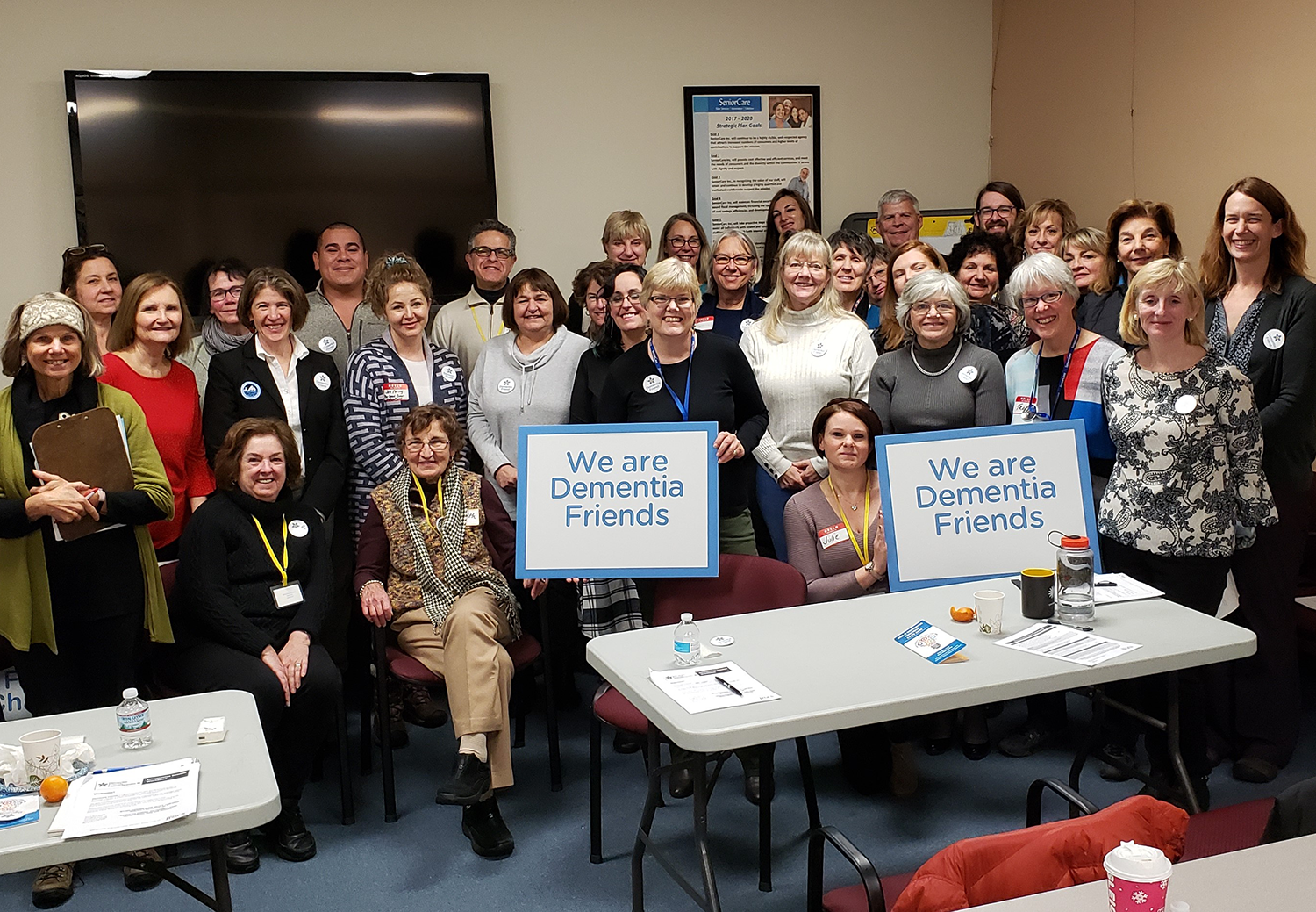 If you saw someone living with dementia, would you recognize the signs?

Would you be uncomfortable?

Would you avoid him or her?

Would you be frustrated?

Would you do nothing?

Or, would you be a friend?

A few weeks ago, I became a “Dementia Friend.” Dementia Friends is a global movement that is changing the way people think, act and talk about dementia. Developed by the Alzheimer’s Society in the United Kingdom, the Dementia Friends initiative is underway in Massachusetts. By helping everyone in a community understand what dementia is and how it affects people, each of us can make a difference for people touched by dementia.